In eight and a half years, the Kirovo-Chepetsk native has played 411 matches in the first and second Swiss divisions (including the playoffs), scored 131 goals and provided 234 assists. During that time, he also led Genève-Servette Ice Hockey Club (GSHC) to promotion in 2002, the playoffs in 2003, a third place in 2004 and the final in 2008. 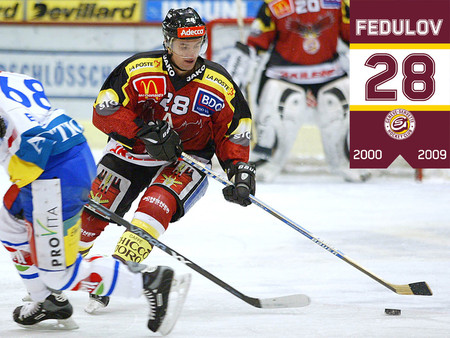 After training in his native Russia, Igor came to Switzerland during the 1993-1994 campaign. He first played for HC Ambrì-Piotta before joining HC Martigny in the Swiss second division in 1995, where he was top scorer for three years running. During his last campaign with the Valais club, ‘Prince Igor’ scored no less than 115 points over 38 matches!

He then returned to Ticino to join Lugano, where he played two finals and actually won the title in 1999. He started a third campaign with the ‘bianconeri’ but was loaned mid-season to GSHC – then an NLB club – where he ended up staying for eight and a half years.

With the Geneva team, Igor experienced the joys of promotion in 2002, the club’s first playoffs in 2003, a first semi-final in 2004 and – even better – a first final in 2008. He even surprised everyone by becoming the playoffs top scorer at the age of 42 thanks to the unrivalled quality of his passes.

After GSHC, Igor went to Lausanne and then Red Ice Martigny before retiring at the end of the 2011-2012 campaign and embracing a career as coach. In 2014, he joined the professional coaches of Association Genève Futur Hockey and led the Juniors Top team to the 2014-2015 Swiss title in French-speaking Switzerland. He also fought for the Swiss champion title – a title he won the previous year with Red Ice’s Juniors Top team.